Genealogical Oddities (IX): Consanguinity between a Walloon officer and his German bride of Spanish-Italian origin

Idle curiousity leads me to wonder about the precise way in which the bride and groom who married in Zaragoza in 1726 were connected. They were not Spanish, nor can one really characterise them as Belgian or German... In fact, the map of Europe has changed so much that it's a challenge to be consistent in describing their origins, as so few of the cities mentioned in connexion with this couple are today in the same nation-state as in 1726.On June 3rd of that year, at Zaragoza's parish of San Felipe, Don Joseph Bureau, Adjutant-Major of the 'Regimiento de Mons', born at Montigny in the Diocese of Cambrai [Monteigny-Terlens, in the marriage licence index], married Francisca Alexandra Dusmet, native of Bonn, Diocese of Cologne. The witnesses were Don Santiago Genant and Don Francisco Loox.The groom was a son of 'Don' Juan Bautista Bureau, and María Barbara Payllut; the bride, a daughter of Joseph Dusmet and Angela de Bureau. The latter couple left a considerable number of knightly descendants among Spanish officers; indeed their presence in Bonn when Francisca Alexandra Dusmet was baptised probably derived only from Joseph Dusmet's military career.[1] The admissions file for a Dusmet who eventually became a Knight of the Order of Santiago reveals that the Dusmets were Sicilian in origin, so much of the paperwork they generated and which eventually ended up in Spanish archives originated elsewhere, was translated and legalised in Sicily, and then those copies were presented in Spain when required. From this file we learn that Angela Bureau (or Bureaux) was married in the city of Aalst (Alost, in the Spanish file) to Joseph Dusmet on 13 September 1695; she had been baptised in Aalst on 20 March 1677. But her parents, Jean Bureau and Anne Boyteux, married at Masnuy-Saint-Jean on 14 April 1670. Unfortunately, the marriage record does not name the parents of either spouse.The paperwork from Zaragoza dispensing Joseph Bureau and Francisca Alexandra Dusmet of a 2nd with 3rd degree cousinship has been lost; I suppose Bureau is the most logical source of their kinship, but how? And, even more intriguingly - where? Do the two lines meet in Masnuy-Saint-Jean, in Aalst, or some other locality? 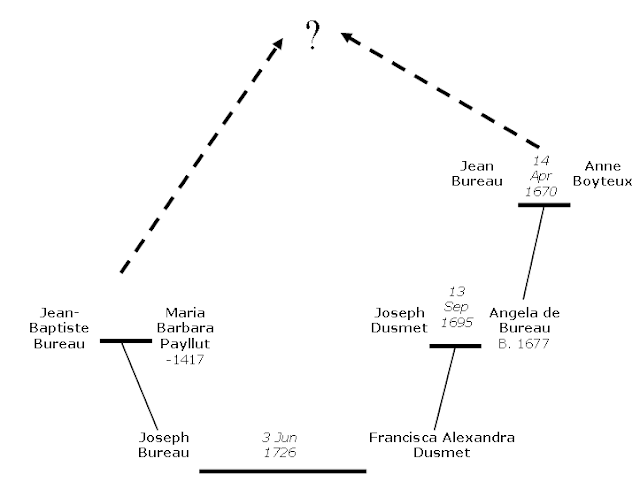 SOURCES - Order of Santiago Admissions File of Juan Nepomuceno Dusmet y Barragán - Marriages, Church of San Felipe, Zaragoza. [1] This couple had at least one other daughter, Maria Theresa, baptised on 20 April 1701 at the Cathedral in Gerona; the ceremony was performed by the Chaplain of a unit - Legionum Ambarum - commanded by the Vicômte de Maulde, and the godparents were Gaspard Nicolas du Vandrenot and Therese de Montaumon. But their son Francisco, baptised in Torredembarra, Spain on 7 February 1696, was the source of the family's notable male-line descendancy in Spain.
Posted by Matthew Hovious at 10:42

Irish in Spain (II): Everard, Morphy, and some other natives of 'Goaterfordia'

I've previously mentioned records pertaining to Irish men at arms in Zaragoza as an example of unexpected Spanish sources for Irish references. Here's another record drawn from the same record set, one in which the actual intended content of the record is made almost unintelligible by the cleric's inability to spell Irish surnames and place names.The applications for a licence to marry in the Diocese of Zaragoza in 1730 include that filed on March 11th that year by Don 'Reynaldo Macdonel' (Reginald MacDonnell?) a Lieutenant in the Regimiento de Irlanda. He states that he is aged 41, left Ireland in 1718 for Cadiz, and has resided in Zaragoza for 5 years. He wishes to marry María Josefa Everardo, at Zaragoza's parish of San Pablo.Attached to the application is a transcript of the bride-to-be's baptism record, from Bilbao's parish of San Nicolás. It indicates that on 30 May 1713 was baptised 'María Josepha, hija legitima de D Raimundo Eberardo y Dª María Morfil vecinos de Bilbao', the paternal grandparents being 'Don Phelipe Eberardo y Doña Margarita Ocan naturales y vecinos de Goaterfordia, Reyno de Irlanda' and the maternal grandparents 'Don Fernando Morfil y Doña Catalina Gis Patris residentes de Baterfordia'.Somewhere in this soup there seem to be references to families surnamed Everard, Ocan, Fitzpatrick and perhaps Morphy, which may be perhaps be easily identifiable to those more familiar with records of 18th-century Waterford (though admittedly Goaterfordia sounds like a much more intriguing locality to visit).Curiously enough, bride and groom could provide only the same witnesses to their freedom to marry: Don Juan Besquil, Captain of Dragoons, native of Cort (Cork?), Ireland, aged 61 and 8 years a resident of Zaragoza, and his wife Doña Ana Morfi, an aunt of the bride, native to 'Batafort' (sigh) in Ireland, 8 years in Zaragoza and aged 'above 40'. SOURCE: Registro Diocesano de Matrimonios 1730, Archivo Diocesano de Zaragoza
Posted by Matthew Hovious at 15:05

Email ThisBlogThis!Share to TwitterShare to FacebookShare to Pinterest
Labels: Aragón, Irish in Spain 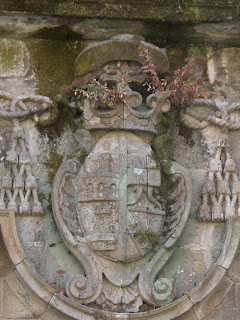 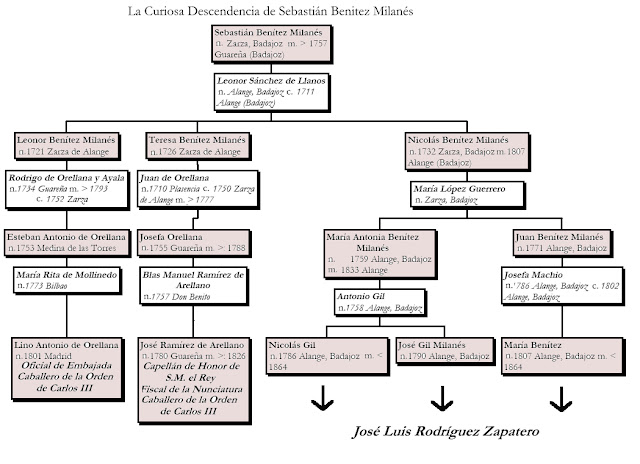 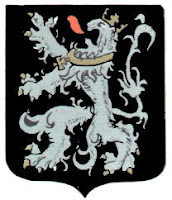 Some references to Flemish soldiers in 18th century Zaragoza, in belated tribute to Belgium having at last established a new government.The diocesan register of marriage licence applications for the year 1730 includes a well-travelled scrap of paper pertaining to a well-travelled man-at-arms. Headed 'Extractum ex Registro Baptismali Exemptae Cathedralis Ecclesiae Sancti Bavonis' it transcribes the record of the following baptism from Ghent: 9 Oct 1691 Joannes, filio Christian Pijn militis et Joanna Feistens conj.By August 1730 this record's owner, referred to as Juan Pijn, had seen service in Flanders, Germany, France, Castille, Aragon, Valencia and Catalonia since his enlistment in 1709; he had been a Sergeant in the Carlos de Gueldres company of the Regimiento de Malta, until being discharged on 30th June 1730. He had, according to his request, resided in Zaragoza for 6 days and wished to marry Bernarda Rubira, native of Villanueva de Gállego and widow of José Rubio; it is unclear if the two had known each other before or if the widow's charms were so irresistible as to leave this Flemish veteran besotted in under a week. In any event, the request went forward, the groom's witnesses (Joseph de Combals, a musician in the Granada regiment, aged 33 and native of Prague, resident of Zaragoza for 20 days; and Adam Vimor, Sergeant in the Regimiento de Infantería Irlanda, aged 34, and a resident of Zaragoza for 10 days) attesting to having served with him and so being confident that he was neither married nor engaged; and so, licence was duly granted.Perhaps in Zaragoza Juan Pijn came across one of his countrymen who'd married there a decade previously. On 17 May 1721 Guillermo Bogaerts, soldier in the Regimiento de Artesia, son of Pedro Bogaerts and Isabel Anceng, and a native of Brussels, married one Dominga de Musaurrieta, daughter of Juan de Musaurrieta and María Goicuria and a native of Bilbao (or 'Vilbau', as the priest wrote it, which makes me suspicious of his spelling of Anceng....) A bit of searching reveals that Dominga was baptised at Bilbao's parish of Señor Santiago in July 1695, so this couple could certainly have left descendants, though as yet no Bogaerts Musaurrieta baptism record has fallen into my hands.SOURCES: Registro de Matrimonios, 1730, Archivo Diocesano de Zaragoza · Marriages, 1690-1738, Parish of San Felipe, Zaragoza · Baptisms 1690-1718, Parish of Señor Santiago, Bilbao.

Posted by Matthew Hovious at 19:08

Irish in Spain (I): Beyond the standard Military sources

While some record sets have been thoroughly mined for reference to Irish settlers in Spain, there are still many waiting to yield up their secrets.

The sacramental registers of certain Spanish military regiments such as the Regimiento Ultonia or Regimiento de Infanteria Hibernia will already be well known to researchers with an interest in Irish emigrés. Where they exist, however, it's important to also search the records of the military chapels established in the cities in which these units are known to have been quartered, or cities generally known to have hosted significant Irish populations. No small task, to be sure! The results however can be well worthwhile.

A single example, pulled from the register covering marriages between 1762 and 1779 at the military parish (Parroquia Castrense) of San Fernando near the city of Cádiz, which register is today held at the Archivo Eclesiástico del Ejército de Tierra in Madrid: on 13th November 1768, Don Demetrio O'Sullivan (Diarmuid O'Sullivan, I suppose), Captain of the Regimiento de Infantería de Irlanda, native of Kerry, and a son of Don Tadeo O'Sullivan (Thaddeus O'Sullivan) and Leonora O'Connor, married Doña Margarita MacCarthy, native of Cork; daughter of Don Florencio MacCarthy and Doña María O'Leary. The record indicated that she was married from this parish because she was, it seems, the ward of one of its parishioners ('subdita de esta jurisdicción, comensal de Capitán del Regimiento de Infantería de Ultonia'). The witnesses were named as Don Guillermo Teh Gibbon, Don Juan Goold and Don Gil O'Sullivan.

Email ThisBlogThis!Share to TwitterShare to FacebookShare to Pinterest
Labels: Irish in Spain 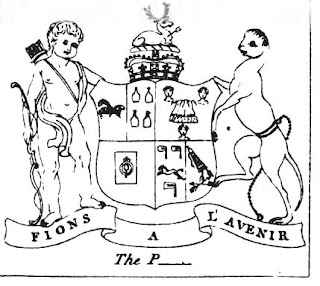