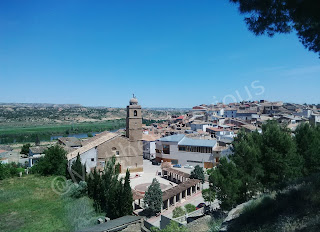 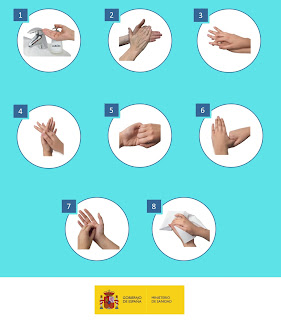 Posted by Matthew Hovious at 17:02

On 16 July 1825 at La Coruña's parish of San Jorge took place the baptism of Juan Carlos Peters, born on the 3rd of that month, a son of Don Juan Peters native of Bristol in England, and Doña María Tellet (or Fellet) of London. The paternal grandparents were named as Juan and Juana Peters; maternal, José Tellet (or Fellet) and María Stillman.

I cannot find any reference to him in Galician records after this, so assume that John Charles Peters, if he grew to adulthood, did so at home, whether that was Bristol, London or somewhere else across the Bay of Biscay. The English forms of these names are fairly simple - John Peters, Joan or Jane Peters, and Mary Stillman, but I am still puzzled by what the priest intended when he wrote Tellet or Fellet. 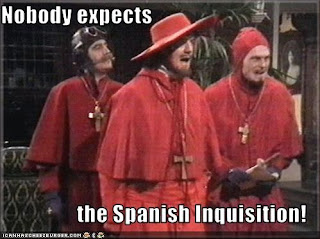 Who was Thomas Fowler, an English merchant active in Spain during the reign of King Carlos II? A 'Don Thomas Fauler', stated to be an Englishman residing in the city of Seville, granted a power of attorney in Madrid on 21 May 1680 before notary Felipe Antonio González de Montalvo (which instrument was witnessed by one Alejandro Tromorton, or Alexander Throgmorton). Fowler/Fauler was caught up in the Inquisition's prosecution of Antonio Lemos or Lemús, whose assets were confiscated as part of the Inquisition's prosecution of him. Our English friend owed Lemos 17,000 reales, which debt the Inquisition now wished to call in, sooner rather than later. Suddenly Fauler found himself not in the placid enjoyment of a debt to a Spanish merchant, but rather on the receiving end of legal actions from the Inquisition. How unexpected!

He may or may not have been the same man as a Thomas Fauler whose assets in the Canary Islands were confiscated in 1657, as part of Spanish reprisals against Oliver Cromwell for Commonwealth attacks on Spain. In any case, the Fauler of interest to is is indicated by the Inquisition proceedings to have been a resident of Antequera by 1683. Perhaps some record in the National Archives at Kew would reveal his origin? Is anyone across the Channel missing a Thomas from their extended Fowler family tree? 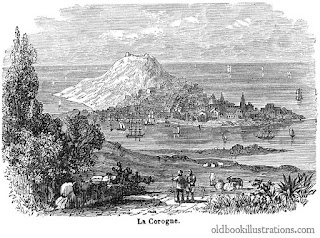